The Mister Shapeshifter stage play, written by Mike Harris, is an exciting, modern fairy tale for 9-11 year olds [Year 5 and 6] about the way some adults abuse the trust of children how kids can protect themselves by working together and with trusted adults. It was the first element of the Mr Shapeshifter project to be developed and inspired both the animated and book versions of the story. 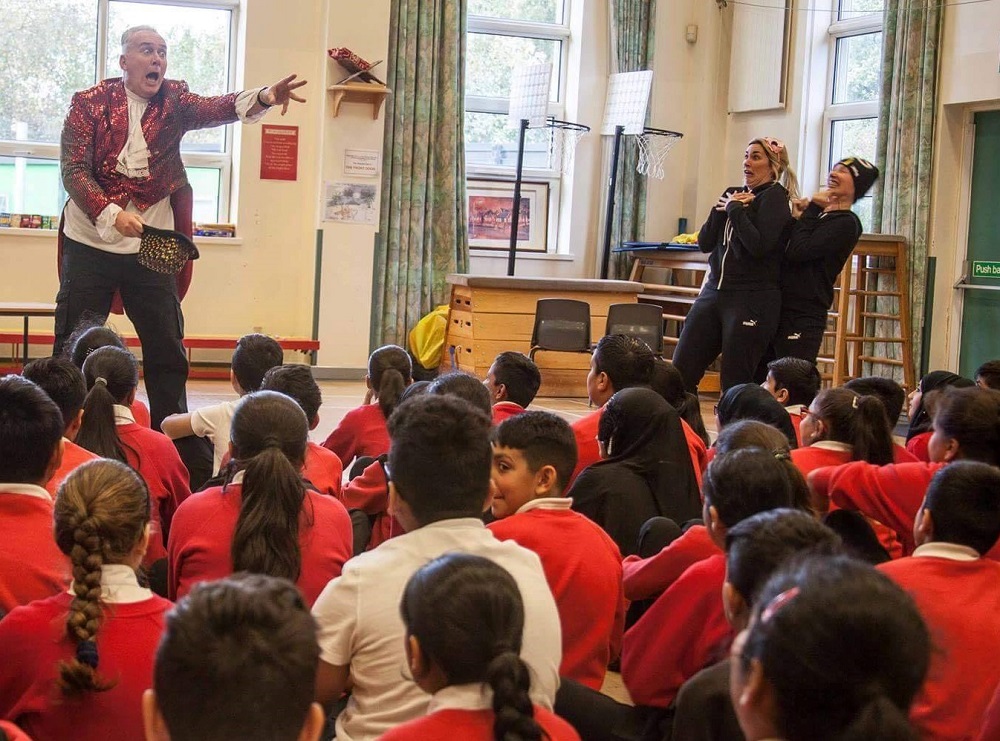 It is based partly on research with appropriate professionals and children and was specially commissioned from GW Theatre in 2015 by six local authorities (Oldham, Rochdale, Oxfordshire, Calderdale, South Tyneside and Bradford) after the success of ‘Somebody’s Sister, Somebody’s Daughter’, another GW Theatre play about CSE and grooming aimed at older children which has been touring nationally to schools, community centres and conferences for the last five years. The decision to work with younger children was taken as children as young as 11 and younger are increasingly being targeted by abusers. The need to empower and educate younger children against CSE and CSA is pressing and urgent.

Mister Shapeshifter is a super villain. He can change his appearance at will. He has one aim in life: to lure children into his ‘Super Magic Story World Studio Workshop’ and steal the childhood out of them so he can live forever. When he lures eleven year old Jess there, only Jack can save her. But Jack is one of Mister Shapeshifter’s previous victims, and as a result is bullied and lonely and angry. To save Jess, Jack has first to save himself and then bring The Shapeshifter to justice, with the help of Jess, the audience, his teacher and the police.

The purpose of ‘Mister Shapeshifter’ is to entertain, inform, and safeguard children against risk and danger in real life, on phones and online and to provide a catalyst for further work by teachers and other adults with the children who see it. It is not meant to stand alone. Preparation before the play and follow-up work after it is essential.

The play has toured nationally since 2015, into over 250 primary schools with great success , in partnership with local authorities, safe-guarding teams and other appropriate professionals and agencies. It is an interactive production which allows children in the audience to engage directly with key characters in the story to help them defeat the shapeshifter. The play is supported by specially written learning resources which are delivered before and after performances.